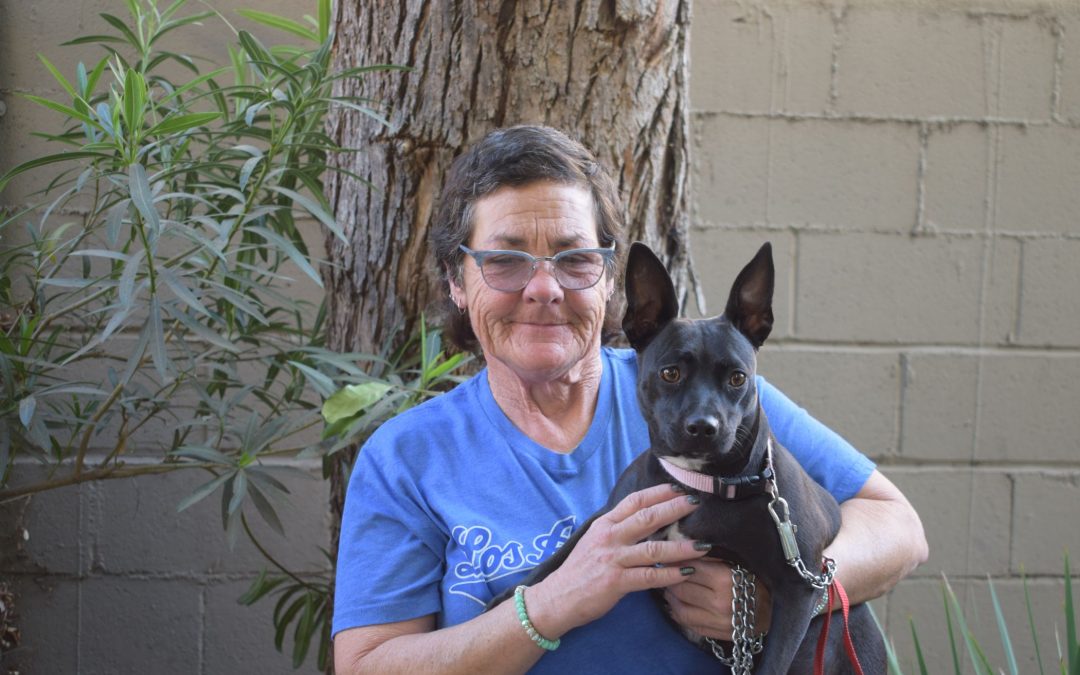 After her husband passed away, Sharon became a live-in caretaker for an elderly couple. When they too passed, she was forced to move. With nowhere to turn, Sharon found herself homeless at the age of 52. Sharon recalls one traumatic night when her car was stolen, “I was robbed, raped and beaten. It’s hard to get help and be heard when you’re homeless.” Sharon suffers from a previous Traumatic Brain Injury (TBI), which was made even worse by her attack.

Now without a car, Sharon began sleeping in Tongva Park in Santa Monica. It was there that she became connected to The People Concern’s Santa Monica Outreach team. “When they saw my injury, they wanted to take me to the hospital but at that time I refused. Then they brought Dr. King to the park and he treated me right there on the streets. They asked me if I wanted a home, and that was the first time I had been asked that since my husband passed.”

Sharon received treatment for her TBI and was referred to a board and care facility where she could stay while she safely recovered. Once healed, she was transferred to Daybreak, The People Concern’s women’s interim housing program at Cloverfield in Santa Monica.  Sharon was a resident at Daybreak for the past year. She was able to shelter in place during the Coronavirus pandemic. She was even able to rescue her dog, Sissy, who she found abandoned in a dumpster, and bring her into the shelter, “Sissy was part of my recovery. We are together all of the time. She got me to start loving again,” says Sharon.

Today Sharon and Sissy have made it home into their own apartment! “I can’t say enough about The People Concern. I love my apartment. Me and Sissy cook and go for walks. It is our own and we look forward to making this our home.” In her free time, Sharon likes to give back by volunteering at a local convalescent home.  She is looking forward to her life in her new apartment!