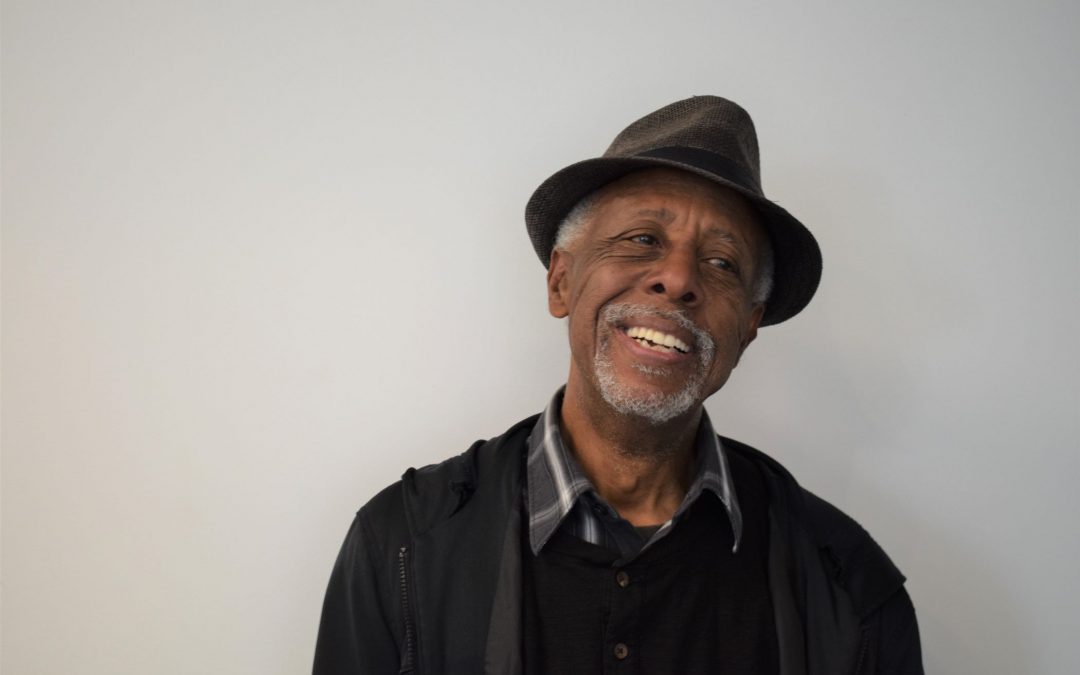 Gregory was born and raised in South Central LA. He attended UCLA, where he received his bachelor’s and master’s degrees. His life changed when he became the primary caregiver for his mom and soon thereafter, his sister. When his mom became ill, “It was one thing after another. She had a stroke, then she had a heart attack and then she was diagnosed with cancer .” After his mother’s death, Gregory moved in with his sister who  suffered a stroke and required an elevated level of care, “When my sister went into the hospital, this meant I had nowhere to stay, so I became homeless.” Gregory couch surfed for as long as he could but he could not save enough money to afford his own apartment, “I was relying on social security and retirement. It wasn’t enough.”  Eventually, with no one else to turn to, he became homeless.

While experiencing homelessness in Santa Monica, Gregory connected with The People Concern and moved into SAMOSHEL, one of our interim housing sites. Gregory was able to stay in the shelter while working one-on-one with a case manager to apply for benefits and plan for long-term housing. “Ms. Bowie (Project Director of SAMOSHEL) was so instrumental in helping me get my new place. She found funds to help me with the deposit. She made it possible for me to have a smooth transition into this new place. She showed me real concern and real compassion as a human being. I’m very grateful.”

Gregory was eligible to utilize funds from The People Concern’s Flexible Funding Program. The People Concern is awarded Flexible Funding from United Way to help cover gaps in the system – which often create barriers for people who are accessing services and prevent them from successfully completing the housing process. The Flexible Funds can be used for a variety of purposes ranging from move-in assistance, furniture, employment support, pet care and other emergency purposes.

Thanks to the hard work of our interim housing staff and partners like United Way, Georgy was able to move into his own apartment! Today he remains housed, healthy and safe. He hopes to help others learn about valuable resources and services that will help them get off the streets and into permanent housing.