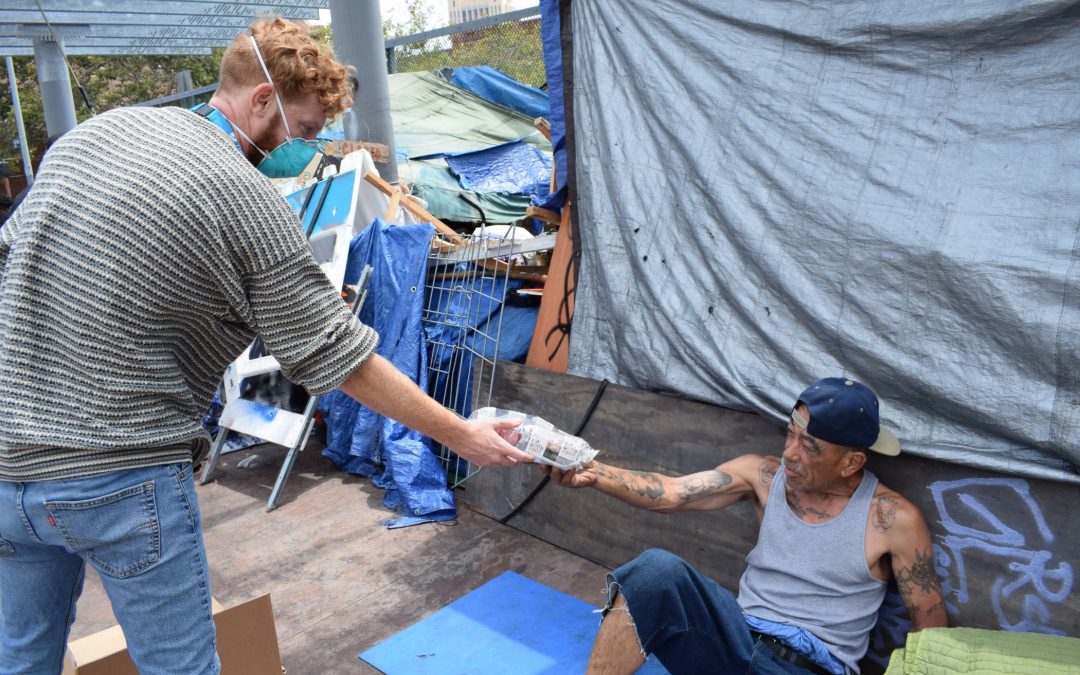 Charlie was working as a clerk at a public defender’s office when he decided that he wanted to do more to help the population he was working with. He made the switch and joined The People Concern’s team a little over two years ago as an Outreach Case Manager.

Charlie has been a real stand out on the team. This past year he has been able to place 20 people into permanent housing! Charlie attributes his success to The People Concern’s client-centric and harm reduction approach, “The People Concern lets the relationship drive the work and not the other way around. I don’t approach people saying that they need to do anything at all. When we are in the streets, I approach people and say this is what I have to offer and what I have access to. If you want it great, if not I will keep bringing you food and just talking to you. Overtime when people see what happens when they see results and things happen for other people the trust builds.”

After Charlie’s initial success getting people off of the streets and into Project Roomkey (PRK) hotels, people began to take notice and turned to him for help. In the past few months, he has been able to place 50 people in PRK hotels! “I think it’s just a matter of showing them that they are the ones who are leading and making the goals that they want to achieve and we help them do that. We have the resources and the wherewithal to do it but they are the ones driving their own housing goals.”

In the midst of the pandemic, Charlie remains optimistic. He believes in some ways the pandemic has actually made the housing process easier, with additional services being offered over the phone, remote aspects enhancing the ability to house people and resources like PRK. “We’ve even had a street psychologist come out with us to prescribe psychiatric medication for our clients on the streets without them ever having to go into a clinic, which is a significant barrier for a lot of people especially now during the COVID-19 pandemic.”

Despite the current state of homelessness, Charlie believes in The People Concern’s mission to end homelessness in LA County. “People see the way people live out there and think that it’s this intractable thing that can’t be fixed but I think it can. I think what we do is good. We need more resources, we need more housing, and as we continue to build housing and provide services for people experiencing homelessness the most central things must remain dignity and respect for those we are serving.”